Home » Travel and Transport » Airline Cabin Depressurization: What to do in an In-flight Emergency
× Share this Article

Airline Cabin Depressurization: What to do in an In-flight Emergency

Several high-profile incidents have highlighted the issue of cabin depressurization on airliners. While some cabin pressure incidents can cause serious injuries or even fatalities, most pose little threat to passengers. Basic precautionary steps can help protect travelers in the event of an emergency. 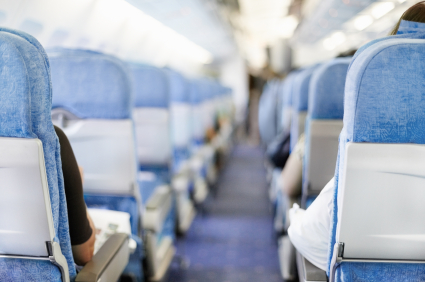 Cabin pressurization incidents occur on a regular basis around the world, but the majority do not cause injuries.  According to reports in The Aviation Herald database, nearly 50 incidents involving some issue with cabin pressure have occurred so far in 2018. Most of the depressurization incidents this year involved a failure to pressurize the cabin as the aircraft climbed or a gradual loss of cabin pressure while the aircraft was at altitude. Only three known incidents caused injuries, most notably, the April 17 incident on Southwest Airlines (WN) Flight 1380 that resulted in the death of a passenger.

Most cabin depressurization incidents do not cause long-term health impacts; however, rare instances can result in severe injury or death. The most serious health threat in cabin depressurization incidents is hypoxia, or a lack of sufficient oxygen. Hypoxia can cause numerous symptoms, including breathlessness, fatigue, and impaired decision-making and physical functioning. Sustained hypoxia can eventually cause loss of consciousness and death.

Cabin depressurization can cause injuries to passengers’ ears due to the sudden change in air pressure. Such injuries can be very painful, but generally, do not cause long-term health impacts. Nausea is another common symptom of cabin depressurization and usually subsides after the aircraft lands.

An explosive decompression that causes a large breach in the airliner’s fuselage can suck an individual out of a plane, either partially or completely. Such instances are very rare on commercial airliners. An individual sucked out of a plane faces a very high probability of dying, though some have survived.

Passengers can take several steps to protect themselves in the event of cabin depressurization. The required steps are simple, but passengers must complete them quickly, especially if the aircraft suddenly loses cabin pressure.

Passengers must don oxygen masks quickly after an airliner loses cabin pressure, as the effects of hypoxia may impair their ability to do so after a short time. Studies have shown that hypoxia following a sudden loss of cabin pressure in an airliner at cruise altitude can begin impairing a person’s functioning and decision-making in as little as eight seconds. Within 30 seconds, passengers may become so impaired they are unable to perform simple tasks such as putting on an oxygen mask. Passengers should ensure that the oxygen mask is worn properly so that it covers both the nose and mouth.

One way passengers can ensure familiarity with oxygen masks in an emergency is to pay attention to the preflight safety briefing and review the safety information card provided by the airline.

WorldAware’s Global Intelligence solutions are designed to help you protect your personnel and ensure you can operate globally with confidence. Their Worldcue® Airline Monitor and quarterly Airline Safety Newsletter provide business leaders with two powerful tools to make decisions about airline carrier safety and help reduce travel risk across the organization.

Travel and Transport is proud to partner with WorldAware. You can find out more about how we work with WorldAware to deliver emergency, risk management and duty of care solutions to our clients on our Travel Risk Management page.

This post originally appeared on WorldAware.com and is republished with permission. 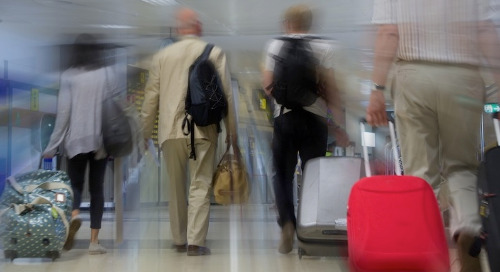 Safety and security while traveling is very important. Learn how to spot suspicious packages, the everyday ... 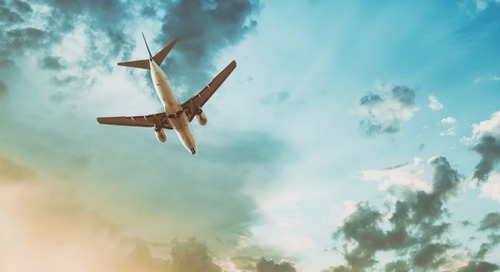