Changing trends in fashion and air travel over 70 years

To my kids' chagrin, I am certainly not a fashionista, but as a travel marketing professional and self-proclaimed people watcher, I have noticed the many fashion trends you see while at the airport. As Travel and Transport celebrates our 70th anniversary, it got me thinking about travel in 1946 and how what we wear for travel has drastically changed.

I had the honor to interview Millie Hansen, the wife of Travel and Transport’s second president, the late Mal Hansen. I have attended several engagements where Millie was present but I had not had the opportunity to personally meet this amazing woman. Millie is one of the classiest dressed women you will meet. You can be assured that the hot pink shoes she wore on the day of this interview completely reflect her spunky personality!

Millie reminisced about that era of travel in which it was an honor to be able to travel via airplane.  “Imagine no middle seats and seeing the other side of the clouds that you never thought could be a reality,” she said. Millie recalled that she carried a suitcase and overnight bag that had to match as well as a brand new purse. “A woman who was to take a trip would wear her best dress, never a pantsuit, and always have a nice coat. Accessories included nylons, as they were far better than stockings, and shoes had to have a heel. White gloves and a new hat topped off the traveling attire,” Millie recounted. Millie recalls that, entering the aircraft, men would have their suit jackets placed on a hanger and hats would be carefully stowed in the overhead compartment.

To further my research, I reached out to Mr. Bill Carley, former President of Lincoln Tour and Travel, to get his take on fashion and travel.

“Suits and ties were certainly required on most occasions. If one was not in a coat and tie they looked out of place. Dressing up at the time was just routine, whether you were going to work, church or to travel,” Bill said. The generation traveling at that time, after WWII, was quite accustomed to dressing well for special occasions and travel on a plane was certainly a special occasion. By the mid-1960's, the next generation began their entry into travel and slowly brought more informal, casual dress with them. “The generation emerging at that time were much more independent than their parents and were developing their own personalities,” recalled Bill.

Another reason that might have sped up informal dress was the increasing number of passengers in terminals and on the planes. “Seating on the wide body aircraft seemed much more crowded, not very private, and formal clothes seemed less important if you had the middle seat in a row of three or four seats,” said Bill.

Although fashion in travel certainly has changed,  there were a few other fun facts that Millie and Bill shared with me about air travel 70 years ago that I could not help but put in to this blog. Millie recalled that the selection of food was bountiful. Each passenger was served with real silverware, cloth napkins a tray of food that always included dessert. Each passenger would also be presented with four Lucky Strike cigarettes after their meal. Millie recalls, “I was not a smoker but in those days when you were given a cigarette, you smoked the cigarette.” Bill remembers the short lines at the ticket counter, the quickness of getting passengers seated and having to walk outside to climb the stairs that were wheeled to the plane.

I sincerely thank Millie Hansen and Bill Carley for taking the time to be interviewed for this blog and to take me back in time when travel certainly was a special occasion.  On behalf of all our employee-owners, we proudly celebrate 70 years in business and look forward to the exciting changes that will come in the years ahead. 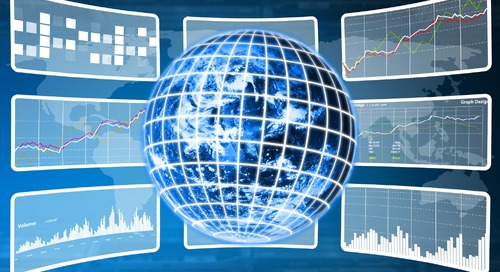 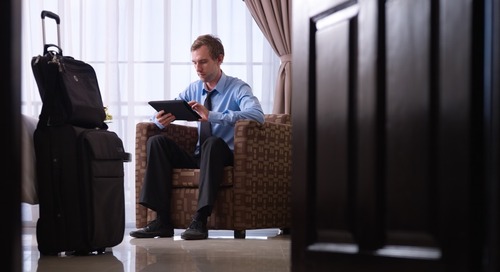 Connect safely and conveniently while traveling with a travel router