When your business creates and installs the technology to sequence DNA, a global pandemic can’t cease all travel, some travel becomes even more critical.

“We began having daily calls about the crisis in January.”

This is the reality facing one of our global customers, a leading developer, manufacturer, and marketer of life science tools and integrated systems for large-scale analysis of genetic variation and function. The company spans 12 countries, with over 7,000 employees supporting medical labs of leading universities, governments and healthcare providers around the world.

Headquartered on the west coast of the US, the majority of travel has historically been between North America and the UK, but with several offices across Asia, the impact of COVID-19 was felt early on. 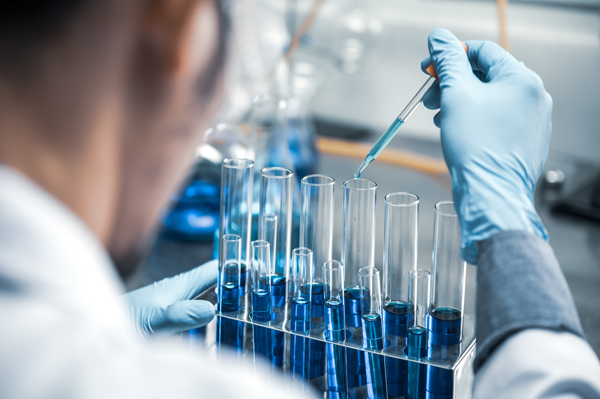 “We began having daily calls about the crisis in January.” Said the global travel manager. “Pretty soon, those calls became a morning call and an evening call for me, so we could hold one with our Asia team and one with our Europe team.”

As the severity of the outbreak grew across the region, the company stepped up measures to safeguard the wellbeing of employees. “We began implementing temperature checks at our Singapore plants while enforcing approvals for all travel in the region. Soon after that, only travel deemed as “Business Essential” was permitted, which tends to cover instances where we are either putting DNA sequencing technology in place or assisting with existing technology we have installed.”

At the same time, the travel team were working diligently to make sure travelers were being as safe as possible and covered from an insurance standpoint. “We reminded our travelers on several occasions of where they could find their business travel insurance details if they required them and also spoke to our insurance company four times in the past few weeks to confirm that our people were covered going into these countries where we knew cases had been confirmed.”

In February the business impact of COVID-19 was starting to be felt in earnest. As an attendee and organizer of many events and conferences, the cancelations were starting to stack up, putting pressure on the company expense and finance systems. “We worked with our finance team and expense provider to tackle this challenge. We added a new project code in our expense system so that we could track the costs of all these cancellations centrally.”

“The communications have got more and more targeted the further we’ve gotten into this."

By this time, travel approvals could only be authorized by SVP and above. The company was also tracking down travelers who had recently been to affected areas and sharing information on symptoms and asking them to self-isolate if they had any.

“The communications have got more and more targeted the further we’ve gotten into this. For travelers renting cars, we’re asking them to no longer refill the tank before returning the car to the depot as we know there’s an increased risk of transmission to our people at fuel pumps. We’ve also been recommending specific hotels over others when we have someone due to travel to a particular city based on other assessments we’ve been doing since the outbreak. We’re encouraging all travelers to avoid anything communal in hotels like the breakfast buffet or the downstairs coffee machine which has many people touching it all day.”

Also, in February the company began preparing travelers for unusual things to expect when traveling in Asia in particular. “Companies were instituting temperature checks at offices, but we also started letting travelers know they should expect this at hotels in Singapore and other parts of Asia around that time as it was becoming more commonplace. We also stopped letting people in that region book flights through the online booking tool as an added step with extra human intervention for those not as aware of what was happening.”

“Governments have been quarantining travelers from airports who display a high temperature and often the places they’re sent aren’t where you’d ever want a traveler to be."

Making sure travelers were able to return safely from a trip was always a priority and to that end the team began advising and educating travelers on potential risks. “Governments have been quarantining travelers from airports who display a high temperature and often the places they’re sent aren’t where you’d ever want a traveler to be so we were telling our travelers to not go near a plane or airport if they have a temperature, even without other symptoms.”

Despite the widespread growth of COVID-19, the company is happy to report that no travelers have tested positive for symptoms at this time. “We’ve cut right back to only what is helping us maintain field services continuity, which a lot can be done with just car and hotel travel as we have people a few hours away rather than having to fly most of the time.”

The close collaboration between the various teams involved was what stood out as the biggest factor in the success of the response to the crisis to the travel manager. “Having the crisis plan in place and bringing in members of the Travel, HR, Communications and EHS (employee health and safety) teams from worldwide offices helped get everyone on the same page and get projects and communications actioned. Everyone knew what their role was and how they needed to act as we moved through the 4 different levels of readiness in our plan. The leader of the EHS group is also in regular communication with the company Executive group to keep them up to speed.”

When asked about how they believe their travel program will change in next few months as the outbreak spreads to new locations and others hopefully begin to return to normal they had this to say: “We expect there to be a bit of a bump in travel to some markets where we’ve been unable to send people recently like Australia. There’s going to be some pent-up demand and given how we’ve been handling the changes and the processes we’ve put in place I think we will get back to normal quicker than other companies.”

"Speaking to them helped me understand some of the medical jargon associated with infectious diseases and also ask the right questions...”

This travel manager might have just had an unlikely ally and source of knowledge when it came to how they should be thinking about COVID-19 too. “A good friend of mine from college who I keep in touch with recently wrote a book all about the Spanish flu. Speaking to them helped me understand some of the medical jargon associated with infectious diseases and also ask the right questions to understand the numbers which helped inform some of our decision making.”

Apart from making sure you have medical experts on hand for advice, we asked what else might have helped the company or others in a scenario like this. “The first few weeks we were more reactive, we might have shut down travel to some locations like Asia sooner, but it has moved so quickly. Getting communication out from the key executives sooner too is something I’d recommend. Once we moved to be proactive about changes the team got more comfortable making those calls.”

The support of the team at Travel & Transport has certainly helped during this trying time. “The agents were all up to date on the various changes happening and what we could and couldn’t book or who could travel so that has helped a lot.”

Looking to the future, the company is already considering what new factors they need to consider in a world still grappling with COVID-19.

“We are expecting scenarios where we have to think carefully about who is the best person to send for a trip based on not just if that person will be allowed to travel from their home country to another bordering location or one further afield when each country is taking markedly different approaches in how to handle the spread.”

"COVID-19 poses a higher risk to some individuals and that’s a conversation we need to start having with HR.”

The company hasn’t implemented these changes yet but is also examining how they might adjust travel requirements based on employee-related factors that would normally never be of interest to a travel manager like are they a smoker? How old are they? What pre-existing health conditions do they have? “We’re not at that point yet as we don’t want to discriminate but COVID-19 poses a higher risk to some individuals and that’s a conversation we need to start having with HR.” 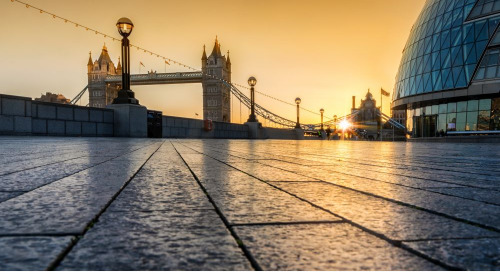 Bringing people together: a story by Barbara Yarar

Travel and Transport VP of Operations Barbara Yarar tells how the start of the COVID-19 global crisis solid... 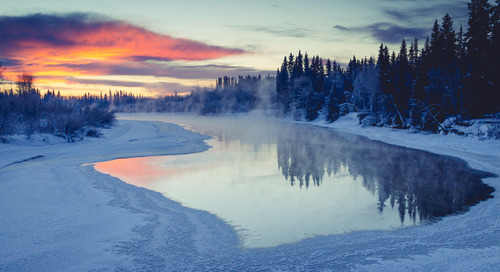