Home » Travel and Transport » How the U.S. government shutdown may (or may not) impact travelers
× Share this Article

How the U.S. government shutdown may (or may not) impact travelers

Update: On Friday, January 25, 2019, President Trump signed a resolution to re-open the federal government through February 15, 2019. Government services are starting to re-open, however, reports suggest that it may take time to return to normal operations.

Whether you're a business traveler trying to get to your next meeting or a vacation traveler trying to get to your next cruise, you'll more than likely interface with multiple federal employees and services as you plan for and embark upon your trip. The U.S. Federal Government shutdown that began on December 22, 2018 continues and there's no clear end in sight quite yet. Is the shutdown impacting travel in the United States? The answer seems to be "not yet" for most government services related to travel. Although federal employees aren't being paid during the shutdown, most remain working and services continue to operate.

The FAA says that, although not being paid, air traffic control staff are still on the job and making sure planes take off, land and are routed safely at airports across the country. The longer the shutdown lasts and federal workers continue to be unpaid, the higher chance there will be for flight delays and safety issues due to staff shortages.  UPDATE: New York's LaGuardia Airport (LGW) halted halted inbound flights Friday due to staffing issues. More airports are expected to follow suit as the number of unpaid air traffic control staff showing up for work decreases.

We're keeping a close eye on the situation at #LGA and across the country. https://t.co/O2b2pwtedD

#FAA Statement: The traveling public can be assured that our nation's airspace is #safe. pic.twitter.com/NS6GyUUgbV

Officials from the Transportation Security Administration and Customs and Border Protection state that, at this time, services and security wait times have not been severely impacted. There are some reports of TSA agents calling in sick, and wait times at certain airports have increased. Travelers may want to show up just a little earlier than normal as a precaution.

I have directed my leadership team to explore ways to provide support & financial relief to #TSA employees working during this shutdown, within existing legal and financial parameters. You are not in this alone.

If you're a member of a Trusted Traveler Program such as TSA Pre-Check or Global Entry, you'll be able to use those while traveling, though there are reports of some Pre-Check lanes being closed. The Department of Homeland Security says that travelers who are applying or have an interview scheduled for programs such as Global Entry may have to wait awhile, as applications are not being processed during the shutdown.

U.S. Passport services are paid for by fees and are not impacted by the government shutdown.  You will continue to be able to apply for a new passport or renew your existing passport both in the U.S. and at embassies and consulates worldwide. The only exception may be if the passport office you're visiting is located in a closed federal building.  As always, allow for plenty of time for passport processing.

If you're a vacation traveler looking to visit one of the country's many national parks, historical sites and museums in January, you might want to consider a change to your itinerary. Many have now closed or will be closing in the coming days. Some national parks are not gated and thus remain "open", however, important park services such as garbage collection, maintenance, security, wildlife management and search and rescue may not operate.

Travel and Transport will continue to update you with updated information as the shutdown continues. Have you noticed any lapsed government services impacting your travel? Let us know on Twitter @TandTNews or send us a message.

ABC News: How does the shutdown impact me? Answers to your frequently asked questions.

CNBC: Amid shutdown, more TSA agents are calling in sick.

CNN: How the shutdown is messing with your great American vacation

New York Times:  What Is and Isn’t Affected by the Government Shutdown

This post was first published on Jaunary 6, 2019 and last updated with new information on January 25, 2019. 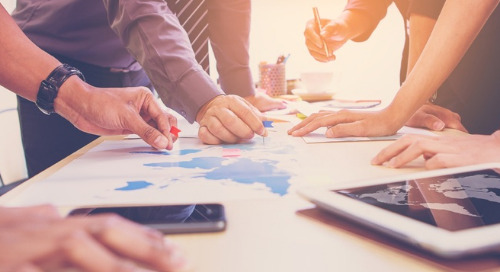 How can SMEs benefit from the services of a travel management company?

SMEs make up a large portion of the corporate travel market. Travel and Transport and our President and COO... 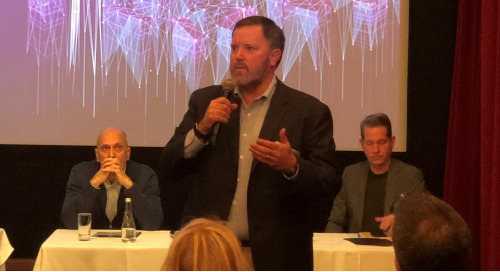 Year in review: our top highlights from 2018

2018 has been a very exciting year for Travel and Transport. We would like to thank all of our customers, p...