Gamification found footing in T-Mobile’s corporate travel program. Yes, travelers get badges and points for complying with corporate policies, but that’s hardly the point. And yes, the compliance push has saved money. But that too isn’t what’s really important. More meaningful is converting some savings into jobs for the impoverished and new lungs for the earth.

To pull off the “greenification” program, T-Mobile worked with Travel and Transport to adapt the TMC’s Points 2 Points gamification platform. It partnered with conservation organization Eden Reforestation Projects for work in Haiti, where 97 percent of forests are gone. Delta Air Lines is a program sponsor.

“It’s more than planting trees,” said Bob Jacobsen, T-Mobile’s senior manager of travel, expense and card. “It’s about employing villagers to plant trees so they can earn money and send their kids to school.”

Below via Twitter: T-Mobile’s Bob Jacobsen speaking at GBTA Convention 2015.

Corporate users of Points 2 Points can structure rewards in a few ways, notably points redeemable for merchandise. T-Mobile “was no doubt the first” to link travel gamification to philanthropy, said Travel and Transport general manager Michelle Holmes. She noted that there’s now strong interest among others.

Holmes said T-Mobile and Travel and Transport collaborated from the beginning. That meant spelling out the rules of engagement and planning employee communications. A leaderboard shows compliance levels by department and company progress in meeting specific goals.

Within T-Mobile’s Concur Travel booking tool, travelers see information about the program and guidance on how to earn points. They’re encouraged to book air and hotel reservations online, in advance, at the lowest available price and with preferred suppliers, notably Delta. Travel itineraries show points collected and reinforce how to achieve more. “It’s a good way to educate travelers on the basics of the travel policy,” Jacobsen said.

Point accrual ranges from 100 for booking a preferred hotel, for example, to 300 for booking online or picking the lowest airfare. Redeeming 1,000 points means planting 100 trees.

The program launched January 26. An initial impetus was to better engage younger workers at the Bellevue, Wash.-based telecom company. According to Travel and Transport, “two-thirds of millennials are charitable donors and half want to work for a business with ethical business practices.” (Incidentally, Ethisphere this year placed T-Mobile on its list of the world’s most ethical companies.) Overall, T-Mobile has about 8,000 regular travelers.

Points are deposited weekly into individual traveler accounts. “It’s based on completed travel,” Holmes said. “The system really is a piggy-back to the general way we manage corporate travel. It’s a proprietary system in unison with our back-office system.”

At first, travelers viewed performance by logging into a portal furnished by Travel and Transport. The TMC later worked with Jacobsen to introduce quarterly reports pushed out to travelers.

The program so far has saved T-Mobile $150,000. That may not sound like much for a big company. But some of it goes toward true cost avoidance and some for contributions to Eden. At 10 cents a tree, T-Mobile’s forest in Haiti already is more than 90,000 trees strong. That’s making a difference. “My goal for this year is 200,000 trees,” Jacobsen said, which equates to about 109 acres. “I think we’re on track.”

He said achieving that goal would mean mitigating the equivalent of carbon dioxide emitted from 400 transcontinental flights each year for the next 10 years.

Goals also include $500,000 in savings and an “increase in compliance to 85 percent.” Online adoption remains around 81 percent, as measured before the program started.

“One of the lessons learned is that we needed more visibility into the program,” Jacobsen said. “All the messaging was built into the online tool, so if you are not going online you are not seeing messaging about the program. With the quarterly push statements, now they see they can earn a significant amount of points by booking online.”

Eden Reforestation Projects CEO Roger Hoesterey said his organization has about 25 business partnerships. T-Mobile is the only one tying the effort to corporate travel. “It’s super clever,” he said. “Donations to Eden Reforestation Projects to plant trees have actually been a really good investment for them. They are getting more money back than they have given by driving employees to the preferred providers.”

As program sponsor, Delta is kicking in some free tickets as another incentive for travelers. It also will transport some of those involved — including the most compliant travelers — to visit “the T-Mobile forest.” Hoesterey said he’s excited to host so “they’ll see firsthand what it means for people to have a forest where there hasn’t been one.” (He said he’ll make sure that flight’s emissions are offset.)

Meanwhile, Jacobsen said he’s considering working with T-Mobile’s philanthropy department to give travelers the ability to redeem points for donations to other causes.

The post T-Mobile’s Travelers Are Reforesting Haiti – The Company Dime appeared first on Travel and Transport. Can you get by speaking English on your international trip?

Do you know what languages will serve you best on your upcoming international trip? A new tool from Google ... Don't miss out on this amazing Costa Rica Adventure, escorted by Travel and Transport! March 17-25, 2016 Hi... 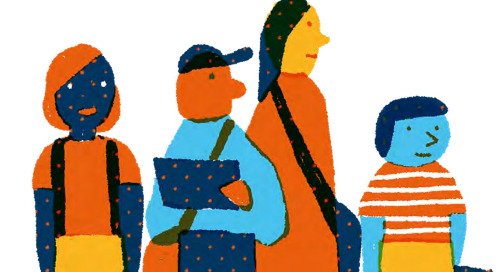 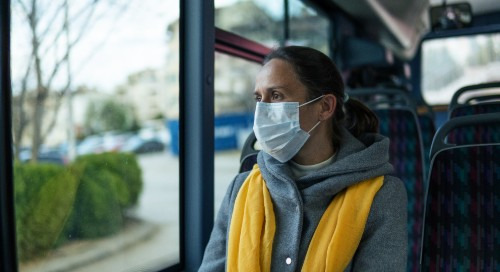