By Jay Campbell, The Company Dime

You have all been there. Driving toward the airport, about to return the rental car and sweating it out because you might have already passed the last gas station before the return ramp. And then what? Pay through the nose? Turn around and risk missing the flight? You just know there's a conspiracy between these rental car companies, the airports and the gas stations — you know it!

In its latest mobile app update, Travel and Transport is addressing this pain point with a feature that uses mainstream mapping functionality to highlight where to find fuel. It's not some big innovation that's going to change the business travel world. But rental car refueling expenses are a big deal for businesses. It's not unusual for corporations in travel policies to advise travelers that returning cars with anything but a full tank is discouraged or even disallowed. Most policies say something about it. Apparently finance types see the absurd prices that rental car companies charge for refueling as absurd.

Very frequent business travelers, of course, have their ways. Travel and Transport sees this kind of service as most relevant for employees who travel at least three times a year. Less savvy but still more-than-occasional business travelers look to their devices for help.

"We try to view our app as a travel companion," said Travel and Transport product manager Alex Carias. "We do push notifications to remind people when their rental car is due. Now they can click to find out where fuel is nearby. Even if I know there's one gas station right before the airport, it's probably the most expensive."

The TMC's Dash Mobile app now has about 25,000 active users.

Any smartphone user can open a maps app and look for gas stations. Travel and Transport learned from client focus groups that travelers appreciate even the small step toward seamlessness that comes from the TMC app producing alerts and linking to fuel locations.

"To get the reminder at the appropriate time and in a contextual manner is important," said Travel and Transport CIO Mike Kubasik. "We need to make it easy, so they don't have to go punch it in."

Fuel Finder is one of the first steps in the TMC's efforts to digitally extend its service offering. "Travel managers can't build this themselves," said Kubasik.

Along these lines, Travel and Transport now is building configurable push notifications. For one client, this may mean advising travelers on which mode of ground transport to use in a given city, and varying that depending on whether they're going to the company office or another location. For another, it may mean offering pre-trip packing tips based on the weather forecast. Perhaps it makes sense to push a reminder about the company's preferred dining options in Dinova.

"The balancing act is determining what is most relevant," said Kubasik. "We worry a little about people walking through airports with their phones glued to their faces." As Carias put it, "how much do you want to guide versus interrupt?"

The TMC now is finishing development of the notification program, with plans to test through year-end and launch in the first quarter of 2018.

So far there are no additional suppliers for Travel and Transport's deep-link mobile "interaction" program, launched this summer with Hilton. Airlines could be next, but — like some big hotel brands — may be reluctant to integrate apps when they're trying to increase usage of their own, Travel and Transport officials said.

"We have to communicate that we want our shared travelers to use our app to go to your app, but we don't want to recreate your app," said Carias. 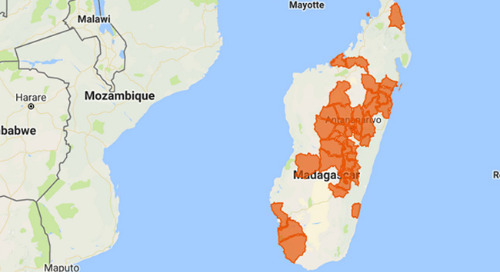