Travelproof Your Mind by Combining Positive Psychology and Stoic Philosophy

We know business travel puts our physical health under pressure by disrupting sleep patterns, affecting our diet and battling jet lag, but what about our minds? High-pressure environments coupled with long periods away from loved ones in unfamiliar territory is a cocktail for poor mental health, so what can we do about it? A small group of ancient philosophers known as “stoics” and a new breed of psychologists focused on positivity have some surprising things in common.

“External thinks are not the problem. It’s your assessment of them. Which you can erase right now.” – Marcus Aurelius

Who are the Stoics?

Epictetus, Seneca and the Roman Emperor, Marcus Aurelius, are some of the best-known practitioners of stoicism, a philosophy founded in Athens around the 3rd century BC by Zeno of Citium. At its core, stoicism focuses on our ability to control our own thoughts, emotions and behaviours, but also in recognising that external events are often beyond our influence. 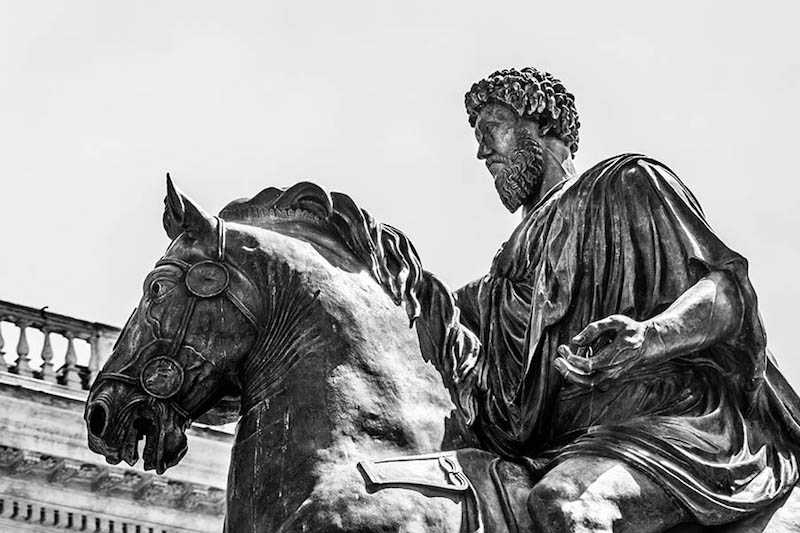 The biggest difference between stoic philosophy and other styles of wisdom and intellectual thinking is in its practical application. Stoicism is designed to be used daily as a tool to remind ourselves that the world is unpredictable, how to be strong and steadfast in the face of adversity and lastly to realise that most negativity stems from our interpretation of events, rather than the events themselves.

The stoics would often practice turning obstacles upside down. By looking for opportunity in crisis or struggle they developed strength of character and a bias for action. Imagine perhaps that flight is delayed. Our initial reaction is to moan, but what if that extra hour could be used to call a friend or spouse, enjoy a relaxing meal or find a great book for your journey. Do you choose to shout at the check-in attendant or practice patience and restraint while finding the opportunities? At the very time of writing this article, my train to the office is running late. Complaining won’t make it go any faster, but I can get in a few more minutes of uninterrupted work.

“The impediment to action advances action. What stands in the way becomes the way.” – Marcus Aurelius

“The chief task in life is simply this: to identify and separate matters so that I can say clearly to myself which are externals not under my control, and which have to do with the choices I actually control. Where then do I look for good and evil? Not to uncontrollable externals, but within myself to the choices that are my own . . .” Epictetus

The core of stoicism is this, what is changeable, what can I influence about it and how do I choose to perceive it? After all, if you can’t change something, what can you do about it? Time spent battling difficult people, immovable objects or uncontrollable forces like the weather is wasted energy that could be applied elsewhere.

Appreciating they were only a tiny speck in the grand story of the world and the history of humanity helped stoics focus on the now. Personal tragedies and achievements, no matter how severe or grand are fleeting; what mattered most to the likes of Marcus Aurelius, even at the height of his power, and Epictetus, a crippled slave, was the character that they showed and how they treated those closest to them. But they didn’t focus on past kindnesses or future plans for time and generosity. Instead they focused on that very moment, to be present and positive in their outlook in the now, a trait they share with today’s positive psychologists.

What is “positive” psychology? Isn’t psychology about diagnosing disorders?

Positive psychology began as a new domain of psychology in 1998 when Martin Seligman chose it as the theme for his term as president of the American Psychological Association. Mihaly Csikszentmihalyi, Christopher Peterson and Barbara Fredrickson are regarded as co-initiators of this development. It is a reaction against psychoanalysis and behaviourism, which have focused on "mental illness," meanwhile emphasising maladaptive behaviour and negative thinking. It further builds on the humanistic movement, which encouraged an emphasis on happiness, wellbeing and positivity.

Today, positive psychology is very much a science and significant levels of research have been devoted to it. Where science tends to remain descriptive, showing things as they are or diagnosing a problem or condition, positive psychology is more prescriptive in that it recommends activities and practices designed to help individuals, teams and organisations build on their current strengths. This matches well with atoic philosophy which is also more prescriptive than other types of philosophy that question the world we live in but do not give us actionable advice.

Practical applications of positive psychology include positive self-talk or affirmations, gratitude exercises and the daily habit of journaling, a common practice of our ancient stoic philosophers. Each of these does not seek to hide the truth of a situation or “fix” something; they merely find and appreciate the positives in circumstances, others and most importantly, ourselves.

Defensive Pessimism: The Positives of Planning for the Worst

One notable technique used by positive psychologists to help those who suffer with anxiety is to practice defensive pessimism, a form of cognitive strategy developed in the 1980’s by Nancy Cantor. Defensive pessimism involves preparing for anxiety-inducing events by identifying and examining negative events and circumstances that could impact their performance.

By actively thinking through everything that could go wrong, defensive pessimism then gives participants the chance to actively plan for how to avoid disaster and mitigate negative outcomes. A good example might be worrying that your clunky old laptop won't last the journey overseas, so instead you email a copy of your presentation ahead of time to your colleagues and carry a USB stick with you as back up.

Defensive pessimism is surprisingly similar to the stoic practice of premeditatio malorum (“the pre-meditation of evils”). Seneca would often plan a trip and imagine all the horrors that could befall him, such a his ship being wrecked, falling ill or coming under attack. He would then plan accordingly to minimise the chances of anything going wrong, alleviating his own fears and doubts in the process.

“Nothing happens to the wise man against his expectation,” he wrote to a friend. “. . . nor do all things turn out for him as he wished but as he reckoned—and above all he reckoned that something could block his plans.” - Seneca

The only reason we know about the philosophy of stoics like Epictetus and Seneca is due to their daily journals. Marcus Aurelius was the Emperor of Rome but even he kept a journal; with meditations, these journals form the backbone of his writings on stoic philosophy. In the first collection of Aurelius’ notes, he regularly expresses his gratitude of people who have influenced his life and the wisdom he had gathered throughout his life, observing in others the strengths of good character, rather than identifying them in himself. 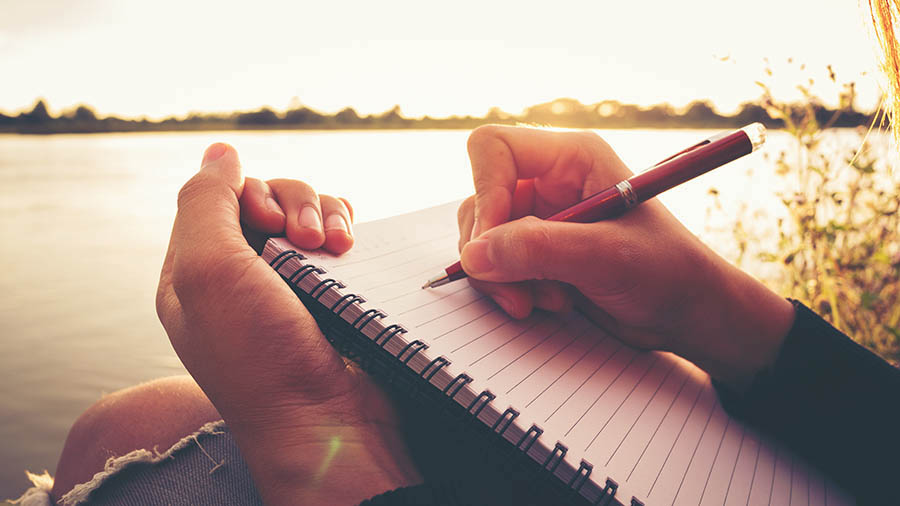 Gratitude has been shown in several studies to have a noticeable and empirical benefit to well-being. By focusing on what we have and expressing our thanks for that on a regular basis, we reduce our risk of depression, anxiety and feelings of jealousy and envy while building resilience to stress.

The art of journaling for stoics was more than a simple diary, however. This daily practice is the philosophy; preparing for the day ahead, reflecting on what has passed and seeing it for what it was and reminding oneself of the wisdom learned from teachers, readings and our own experiences.

For busy people constantly on the move, flying around the world from one meeting to the next, taking five minutes a day to journal about the things we’re grateful for can be a welcome reprieve from the never-ending cascade of emails, smartphone notifications and other distractions vying for our attention.

Leading practitioners such as Miriam Akhtar of Positive Psychology Training are now applying the scientific findings gathered by positive psychology to help individuals and businesses across health, finance, charity, education and the creative industries through initiatives like Workplace Wellbeing and Happiness Habits, two courses designed to help companies engage their people’s strengths.

On Wednesday 20th February, Miriam Akhtar will join Travel and Transport Statesman to delve into the benefits of taking a proactive approach to business traveller mental wellbeing at the Business Travel Show during the session: How to travel proof your mind, 1:00 p.m., Richmond Theatre, Olympia.

For more information on wellness while travelling, and how to become #travelproof, visit https://www.tandtstatesman.com/travelproof 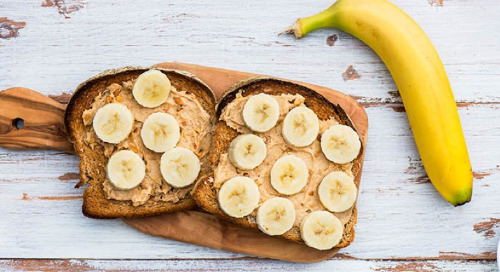 Tips to fight jet lag and sleep soundly while on your next business trip. 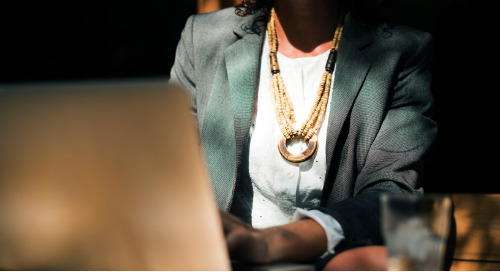 Tips for traveling while pregnant

What diseases can cause pregnancy complications and what vaccinations should pregnant travelers have? Do ai...