Home » Travel and Transport » Where can’t you take Uber or Lyft?
× Share this Article

Where can’t you take Uber or Lyft?

This article from January 2017 was updated August 2018 to include more current information.

It’s no secret that ride sharing companies such as Uber and Lyft have quickly become standard means of transportation for many travelers. Their prevalence has shaken up the industry, and many cities are debating exactly how to deal with the new companies.

A few cities, such as Barcelona, Spain and Buffalo, New York, have attempted to prevent Uber and Lyft from operating altogether. Others have tried to restrict access to ride sharing or impose additional fees. 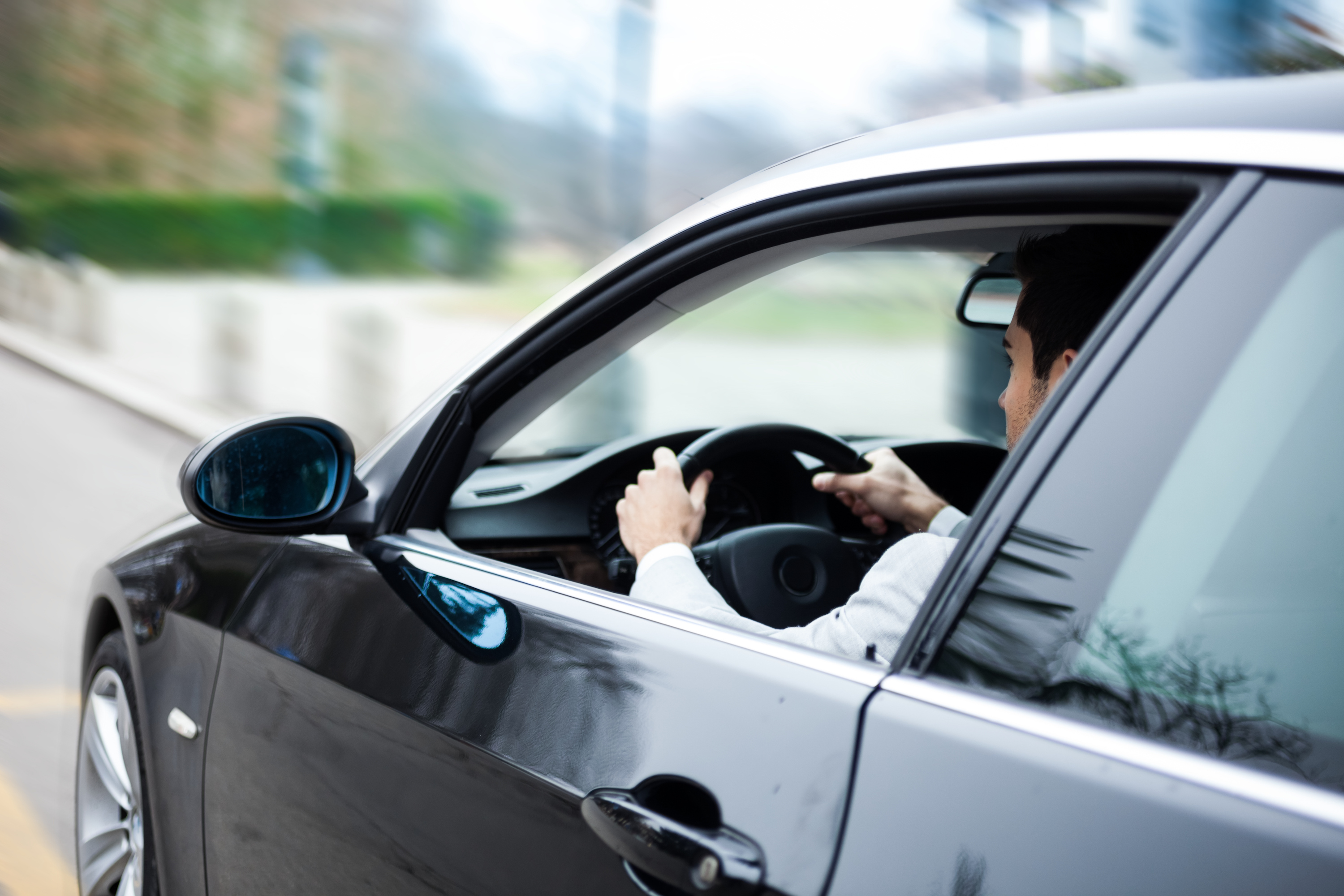 One of the most problematic restrictions for travelers is at airports. It’s easy enough to take a ride share from your home or hotel to the airport—Lyft even allows users to schedule their rides in advance. However, when you arrive at your destination, it’s not always possible to rely on ride sharing. Logan International Airport in Boston, for example, fined ride share drivers who aren’t certified as livery services and registered with Massport.

Hartsfield-Jackson Atlanta International Airport, the busiest airport in the world, began allowing Uber and Lyft drivers to pick up passengers at the beginning of 2017. Passengers paid an additional $3.85 fee in order to cover security, maintenance, the building of an additional waiting lot and other costs.

At the Minneapolis-St. Paul International Airport, Uber and Lyft are allowed if the driver has purchased a $25 permit, but police are cracking down on those who don’t follow the rules.

Some airports have restrictions allowing some ride sharing companies, but not others. For example, Buffalo Niagara International Airport allows Lyft, but not Uber. Still other airports with previously strict rules are loosening them to allow Uber and Lyft. For example, Honolulu Hawaii’s Daniel K. Inouye International Airport (HNL) will begin allowing companies that obtain a license and permit to pick up/drop off passengers at the airport beginning August 24, 2018.

With regulations constantly in flux as cities, airports and traditional taxi companies try to determine how to maintain control of licensing and pickup, it’s wise to confirm you’ll be able to take your preferred ride share before your departure. Otherwise, you may have to find a way around regulations, such as taking one of the shuttle buses to a rental car lot and meeting your ride share driver at the entrance. While an exciting way to subvert the law, at that point you might as well take a taxi.

The good news for frequent travelers? Your Uber/Lyft is quickly become legal at most airports. Compare our 2017 map to our 2018 version, then read our 2019 update showing the wide array of options for travelers today. 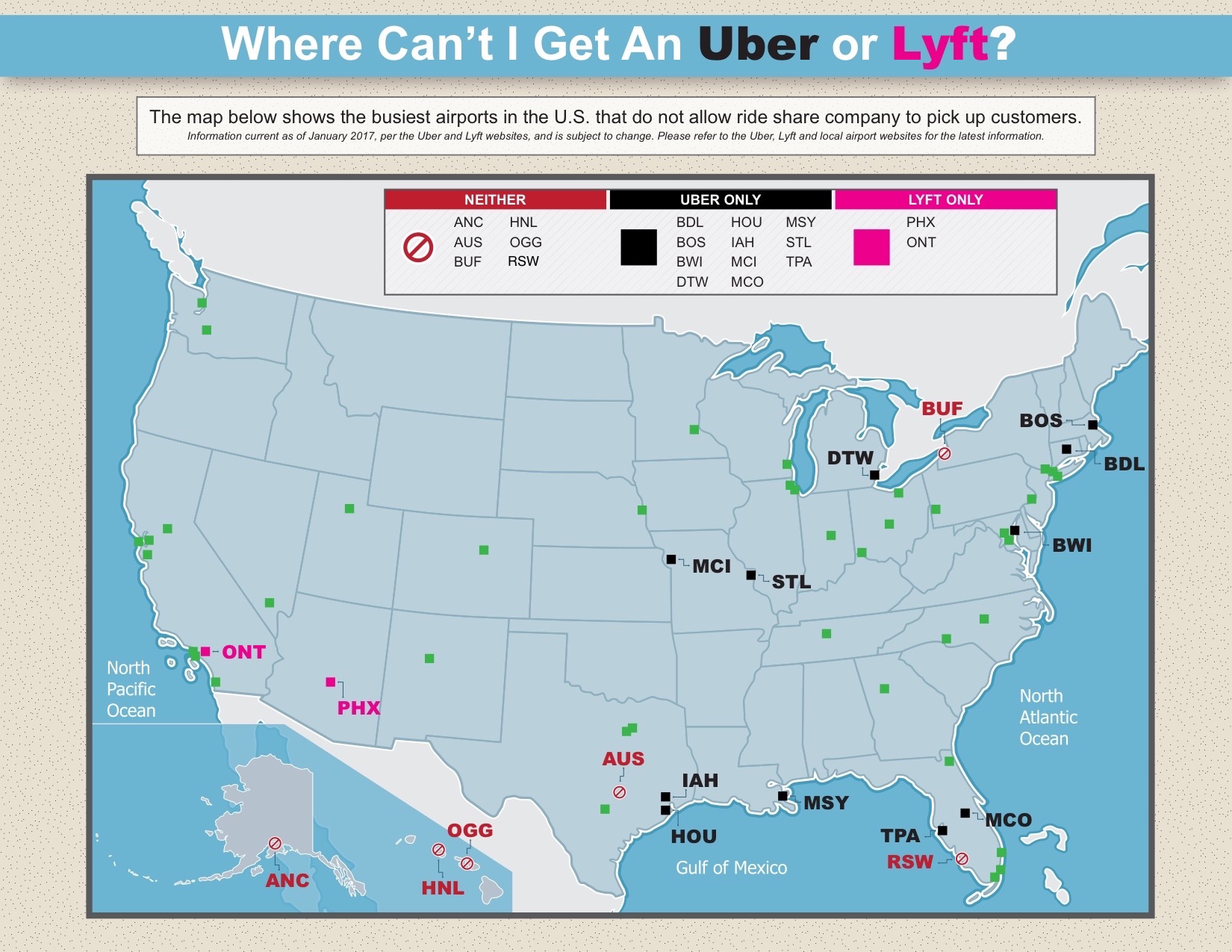 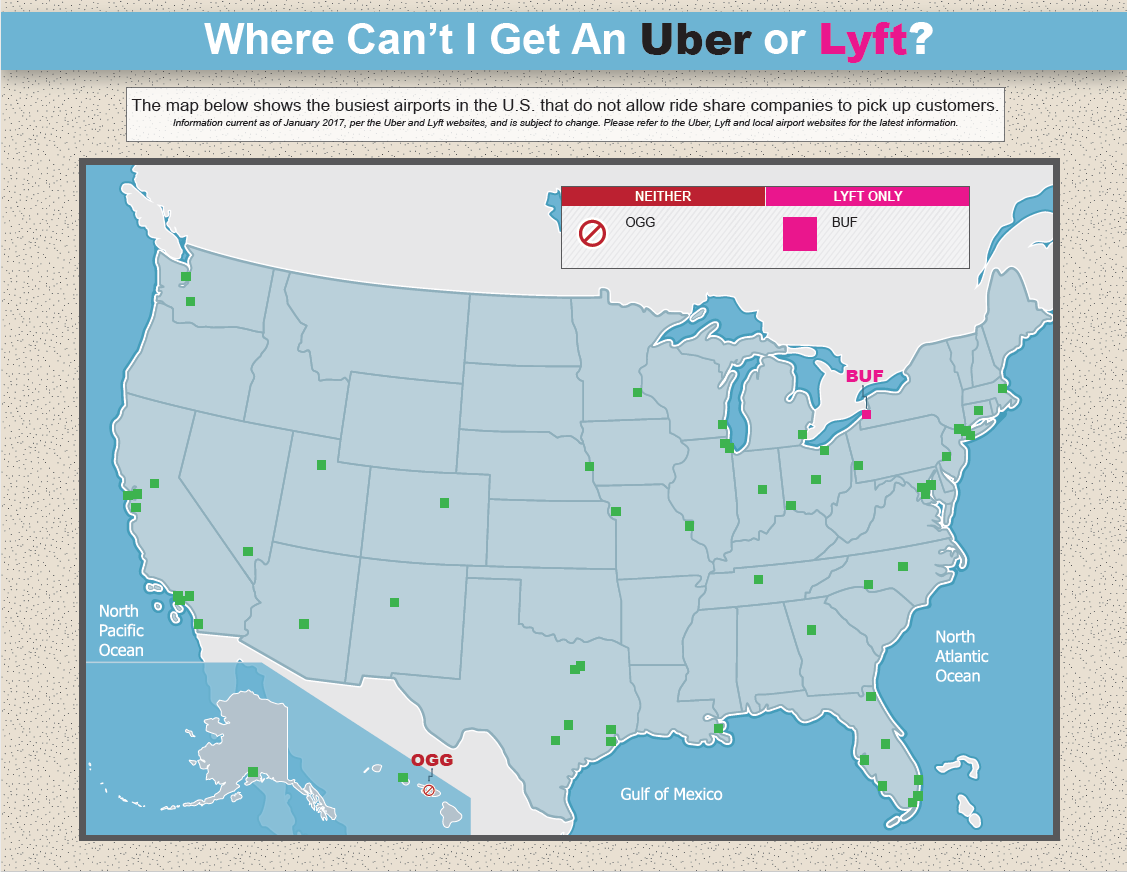 As of 2019, the last two airports that did not allow ride sharing services, Kahului Airport (OGG)  and Buffalo Niagara International Airport (BUF)  allow both Uber and Lyft pick-ups. TSA to reduce free trips through Precheck for non members

The TSA has notified airlines that they'll be cutting free trips through Precheck for non-members significa... 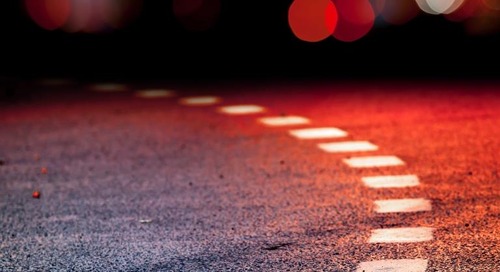